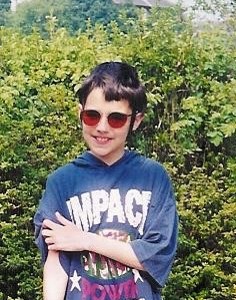 In 1983, perceptual problems caused by light sensitivity were identified by Helen Irlen, an educational psychologist, who worked with adults with dyslexia. She discovered that a visual perceptual dysfunction, unrelated to visual skills normally assessed by ophthalmic examination, may cause distortions with print and environment.

Irlen suggests that there are people whose problem is not in the processing of information but in the inability to get it through one of the channels, viz. vision. She states that these individuals are highly sensitive to particular wavelengths and frequencies of the white light spectrum leading to rapid fatigue after only short periods of reading, thus giving rise to a reading disability, headaches and stress. Irlen called the cluster of symptoms of this dysfunction Scotopic Sensitivity Syndrome (now known as Scotopic Sensitivity/Irlen Syndrome – SS/IS). SS/IS is a visual-perceptual problem that occurs in some people with learning/reading disorders, autism, and other developmental disorders.

Originally, SS/IS was considered a visual-spatial subtype of reading disability. Recent research, however, has shown that SS/IS (in a milder degree) affects about 20% of the general population as well. They experience difficulties with normal working environment, particularly fluorescent lighting and computer screens, resulting in fatigue, eyestrain, headaches, poor concentration, inefficiency and stress. SS/IS can be associated with other disorders, including autism.

In 1993 Donna Williams and her husband were screened for SS/IS and got the Irlen lenses. Although Donna was aware of the fact that she saw differently from the others, for the first time was she able to experience how great this difference was: for the first time she could see other people’s faces and the world around her clearly and as a whole (Williams, 1999).

Though the symptoms displayed by people with autism are not any different from those of individuals with learning and reading problems, autistic people experience more severe perceptual difficulties. The sensory overload caused by bright lights, fluorescent lights, colours and patterns makes the body react as if it is being attacked or bombarded, resulting in negative biochemical changes. This may result in such physical symptoms as headaches, anxiety, panic attacks, aggression. In order to lessen the stress caused by ‘sensory bombardment’, individuals use their ‘defensive visual behaviours’ – looking away, looking in short glances, looking through fingers, looking down, or shut down their visual channel altogether.

Helen Irlen has developed two methods to treat SS/IS: the use of coloured overlays to improve reading, and tinted glasses to improve visual perception of the environment. The optimal colour is very individual and depends on each person’s unique visual-perceptual sensitivities. It is believed that the overlays/lenses filter out those frequencies of the light spectrum to which a person may be uniquely sensitive. The use of colour appears to change the rate at which visual information is processed by the brain, thus reducing overload and hypersensitivity.

The type of visual perceptual deficits associated with autism is unique, and the distortions are varied, unpredictable and constantly changing. Quite a few autistic individuals have reported positive changes in their visual hypersensitivity brought by the tinted filters. The positive changes are perception with depth instead of two dimensional world, no fragmentation of visual information, improvement in eye contact, the ability to use several channels at the same time (e.g., to see and to hear); reduced sensitivity to auditory stimuli, increased ability to understand language, and better small and gross motor coordination. As vision becomes a reliable sense, there is no need to use other senses to compensate. As there is no need to compensate for visual overload, there is better processing of sound, touch, or body awareness.

The Irlen Method is not a ‘cure’ for autism but rather one of the tools or compensatory strategies to reduce hypersensitivities and distortions of visual perception. It seems to work for those whose visual problems are overwhelming and helps ‘sort out’ visual information, thus reducing the overload of other systems that used to compensate for unreliable vision.

Williams, D. (1999). Like Colour to the Blind. Jessica Kingsley Publishers.

Written by Olga Bogdashina on behalf of Integrated Treatment Services.